Between legend and truth 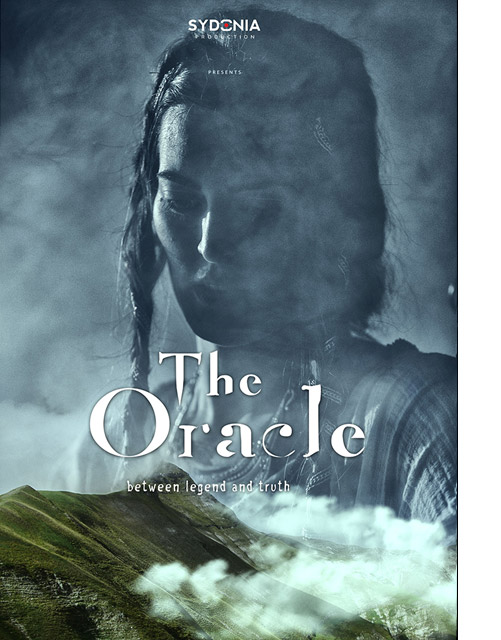 A myth that crossed centuries. A story that has transcended time without losing its charm. A mystery grown up through the path of history.
Kings and emperors looked for her. Ancient poets talked about her. Her prophecies resounded in many different places. Yet today, only a few remember her.
In the magic land of the Sibylline Mountains, sacredness, art and history merge outlining the image of the Sibyl.  Goddess, muse, sorceress, enchantress, ecstatic and mysterious figure with shamanic origins.
A cult rooted all around the world, which still survives in the traditional sacredness of the Marches region, in central Italy.

The Sybil oracle, a story between legend and truth.

Amid the peaks of Central Apennines in Italy, there is a cave that holds one of the most fascinating secrets of history. It is the cave of the Sibyl, the ancient prophetess who has inspired poets of every age.
In this documentary we will retrace the story of the Apennine Sibyl, a world famous legend that still survives in the traditional sacredness of Central Italy lands.

A brief incipit will lead us to her kingdom, to places linked to the legend. The images will span the mountain side dwelling on the unspoiled nature, the wild gorges, the river beds that cut through the path.
This puzzle of images, with an ever-increasing pace, will lead the viewer to the top of the mountain, at the entrance of the legendary Cave.

With the collaboration of the University of Camerino we will follow step by step the latest scientific investigation carried out on the mountain which, according to the scholars, is aimed to prove that beyond that fateful entrance, there is actually the original cave where the oracle lived and prophesied.

But who were the Sibyls?
We will jump to the classic world to better understand who these women, half-sorceresses and half-witches, really were and what they used to do.

We will talk about the Pythia who lived in Delphi, in Greece, and about the Tiburtine Sibyl, protectress of the town of Tivoli. We will visit there the temples of the Tibur acropolis and the cave where she prophesied.
We will try to understand the link between the classic Sibyls and the Apennine one visiting, once again, the places related to legend.

But why those mountains?
Actually people have always looked at the Sibylline Mountains as a magic place, attracted by the height of its peaks and by the possibility to reach them quite easily. In fact since ancient times travelers and knights used to go to the top, as a chivalrous test, to have access to a superior world.
We will then talk about the Medieval best-seller "Guerrin Meschino", through which the legend of the Apennine Sibyl spread all over the world, and about the travel journal written by Antoine De La Sale, the first explorer who described the cave as he was able to see it in 1400.

From literature to archaeology, in search of archaic symbols, of universal traces, on the edge between sacred and profane.
We will discover the most important religious text of the ancient world, the Iguvine Tablets, housed in the town of Gubbio, where ancient rituals bring to life the unbreakable connection between man and God.
Ancient scrolls and mysterious engravings on the stone will prove the unquestioned and ongoing presence of magicians and necromancers among these peaks.

We will deal with different topics, spanning from literature to archaeology, from science to art, to finally outline the image of the Sibyl, a figure born from legend but who influenced the course of history.

The "La Sibilla" project was born as means of culture and promotion of the territory. It is supported by the Marche Region - European Regional Development Fund, Marche Culture Foundation - Marche Film Commission.

POR MARCHE FESR 2014-2020 - Axis 3 - OS 8 - Action 8.1 - "Cineudiovisual supply chain: support to companies for the development and promotion of the territory and its cultural and tourist heritage through cine-audiovisual works"