Gambe - The road belongs to everyone 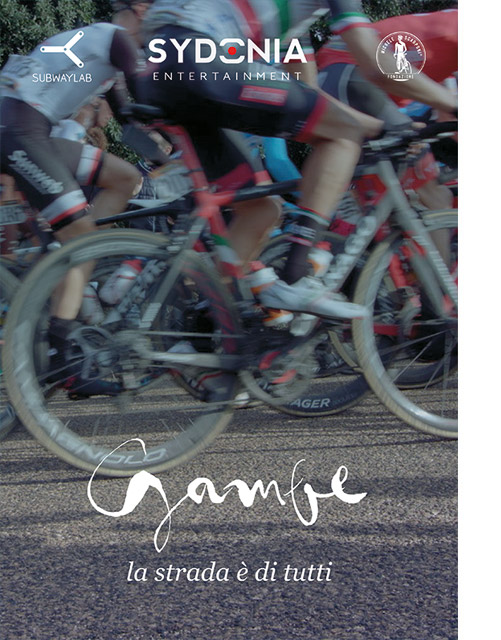 From a loss, comes the personal mobility proposal.
Today the road is dominated by cars, and in the street die more than 3000 people per year. Gambe tells how the street can also belong to disabled people, children, pedestrians and cyclists. The road belongs to everyone, starting with the weakest.
The film tells the events that took place one year after Michele’s death, until the birth of the Foundation dedicated to him. The emotions of those who lived close to him, the tales of the territory where he raised, of those who shared the Italian streets with him. But the movie goes beyond the story of a victim of road violence, even if excellent.
We will listen to those who have suffered the same violence, families of road victims, and we will also give voice to those who propose an alternative to reduce the road massacres. The film brings together the moving memory of a territory (as imagine of the whole Italy) that has lost one of its flags - a real modern hero - and the proposal of a mobility tailored on the fragile imagine of the road users: the disabled people, children, pedestrians and cyclists. We tell a vision of the road as “everyone’s space”, a world that focuses on the person, on the life.
During the story we will hear the testimonies of: Peter Sagan (three-times world champion and also a great friend of Michele), Roberto Mancini (coach of the national football team) Dario Cataldo, Enrico Gasparotto, Giacomo Nizzolo, Luca Paolini, Luis Maté, Simone Stortoni (professional cyclists), the national cycling team coach Davide Cassani, the journalist Marino Bartoletti, Alessandra De Stefano (RAI journalist), Philippe Brunel (Equipe journalist), representatives of the Traffic Police and relatives of victims of violence road like Stefano and
Stefania Guarnieri (Lorenzo Guarnieri Onlus), Marco Cavorso (representative ACCPI), Vittorio Saccinto (“Rose Bianche sull’asfalto”), Giulietta Pagliaccio (Fiab), Matteo Dondé (architect Bikenomist) Paolo Pinzuti (Bikenomist) , Marco Mazzei (urban cyclist from Milan), the children and parents of the Trecastelli school in Milan participating in the “Massa Marmocchi at school by bike” project, and many others.