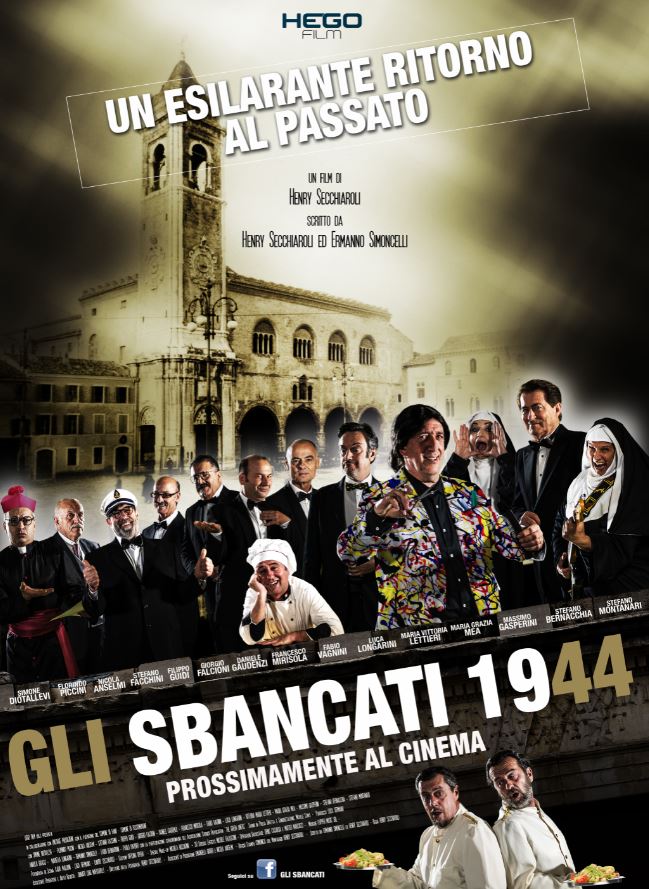 The Bankrupts 1944 is a film divided into two parts. The first part is set in 2019 where our protagonists meet for dinner after a long time and the succession of certain events, drawn by a thin line between irony and surrealism, magically transports them into the Fano of 1944, which develops in the second part of the film. A true and dramatic story therefore set at the end of the Second World War.
A historical identity, that of the city of Fano, which offers many fascinating stories and anecdotes to tell on the big screen. So, Hego Film and director Henry Secchiaroli decided to produce this feature film to bring back to light the characters and places that have made the history of the city through dramatic and ironic events. In this episode, "The Bankrupts" will go back in time and find themselves dealing with an important historical fact that happened towards the end of the Second World War, precisely on 21st August 1944... their task, this time, will be to change in an ironic way the course of history of that moment. As many people know, on the 21st of August 1944, the Nazis on the run committed one of the most infamous crimes against the culture, art and history of the city of Fano: the demolition of six bell towers, in addition to the monumental eighteenth-century civic tower by Gian Francesco Buonamici, under the order of the German commander Eberhard Fisher.
On July 20, 1944 the bishop of Fano, Vincenzo Del Signore, in front of the German threat, established his authority, assuming with great responsibility the command of the city. So "The Bankrupts", after an evening spent in cheerfulness recalling the old times and perhaps improperly tasting good wine, sink into the darkness to wake up in 1944 ... dream or reality - we do not say, let's leave it to the spectator! The reconstruction of the ancient city bell tower will involve several historical associations that will help us to go back in time.