YOU CAN not die DANCING 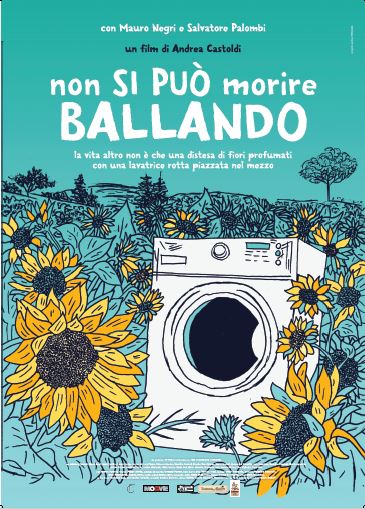 Two brothers, Massimiliano and Gianluca, experience the drama of being ill in the same hospital bed, but from different angles. One is sitting on a chair.
The other has been lying on that bed for weeks. Massimiliano has three months to live, affected by a rare disease called 'sleeping cells', for which there is no treatment and from which he cannot be cured. Gianluca, who now spends most of his free time with his brother, neglecting his already delicate relationship with his wife, does not give up. He learns of the existence of an old research study on the disease.
Published in a book that has never been reprinted, it was carried out at the beginning of his career by the hospital's Head Physician, Professor Amadei, with his former friend and colleague, Professor Bertolucci. Gianluca, finding no support in the Head Physician, who now disowns his early study, sets out to track down Professor Bertolucci, who retired from his profession years ago and whom he finds devoted to his new great passion, fishing.
The Professor, initially dismissive, ends up giving Gianluca his only copy of the book. The approach is to deal with the disease through the praise of memory.
Reliving the emotions of a life, those that make the heart vibrate and the soul tremble, perhaps can reawaken Massimiliano's dormant cells. Gianluca decides to rely on young amateur actors to stage some of the most vivid memories of his brother, by now too weak to leave the hospital. Perhaps it’s a method, perhaps a cure. Maybe just a beautiful love story...